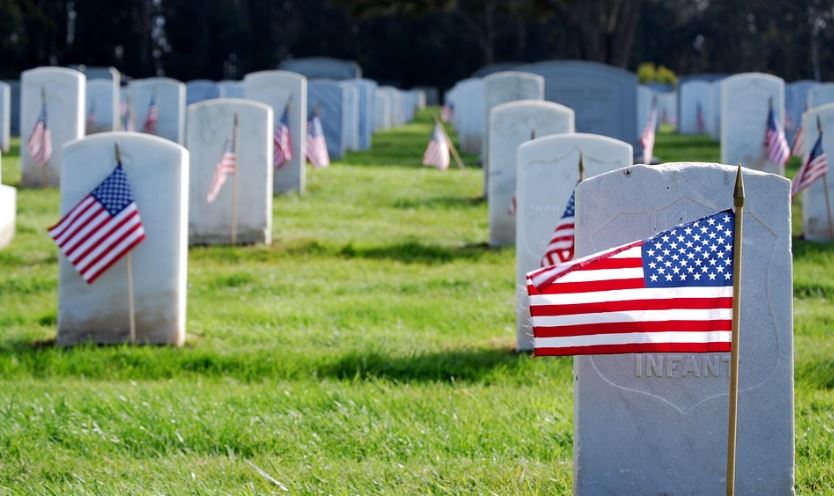 When attending a military funeral at a funeral home or final place of rest, remember you are there to not only console the bereaved family, but to also honor the memory of someone who chose to forgo their live and dreams to serve in the United States military.

As Americans, we should feel obligated to honor military veterans regardless of our political views and ideologies. This is because the military is often scapegoated as a result of war-related decisions and policies in which they had no control, and they may or may not have agreed with. This was very common in the Vietnam War, where returning veterans were met with hate, anger and even violence.

Military veterans put their lives on the line for every one of us, and that selfless act of service deserves reverence and recognition. Their willingness to go into potential conflict or war to defend us individually and as a nation, should be honored and respected.

Military Funerals and Benefits for Veterans

Military veterans are also entitled to military honors, whether they are buried in a national cemetery, buried in a private cemetery, or cremated. If your deceased loved one is a military veteran, provide the funeral home a copy of their military discharge papers (Form DD-214) when making funeral arrangements. Your funeral director will coordinate the military funeral benefits with the local Department of Veterans Affairs.

A funeral with military honors will include an honor guard of at least two military members, one of whom will be from the same branch of armed services as your deceased loved one.

If it is a traditional burial, a United States flag will be draped over the casket. At the gravesite, the honor guard will carefully fold the flag into a triangle and present it to the family before the casket is lowered into the ground. If your deceased love one is cremated, the United States flag will be presented to the family at the memorial service.

After the flag ceremony, “Taps” will be played. It might be possible that a local military unit has a bugler who can play this live, otherwise, it will be a pre-recorded version.

If you’re attending a military funeral, when military honors are present, you should stand for the duration of the service as a sign of respect to the deceased military member. Because of the structure and solemnity of this type of funeral, the presence of young children is often discouraged.

If you are a current military member or veteran, there are certain times you should salute during the service. These include:

If you need more information about military funerals and services for you or your loved one, our empathetic and knowledgeable staff at Hopler & Eschbach Funeral Home can assist you. We’re located at 483 Chenango St., Binghamton, NY 13901. Stop by or give us a call at (607) 722-4023.